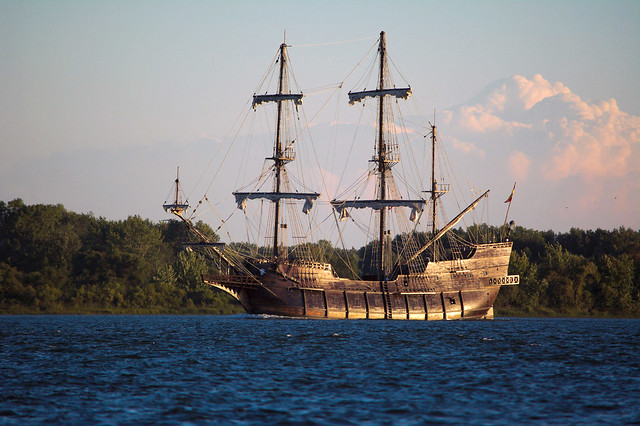 Had a fairly quiet night, but had a hard time actually sleeping, which is why I'm a little slow getting going today.
I did have the pleasure of two tall ships passing me by, and one of them is the very sleek Pride of Baltimore. I don't know the name of the other one. Pretty decent sunset too.

Will be leaving shortly for Trois Riviere, which is only about 20 nautical miles away, but we are expecting contrary winds tomorrow and there is a nice anchorage there I'm told. I will hold up there until the weather comes back around and wait for a delivery from my sister on Saturday.

Need to eat and then head across Lac Saint Pierre... 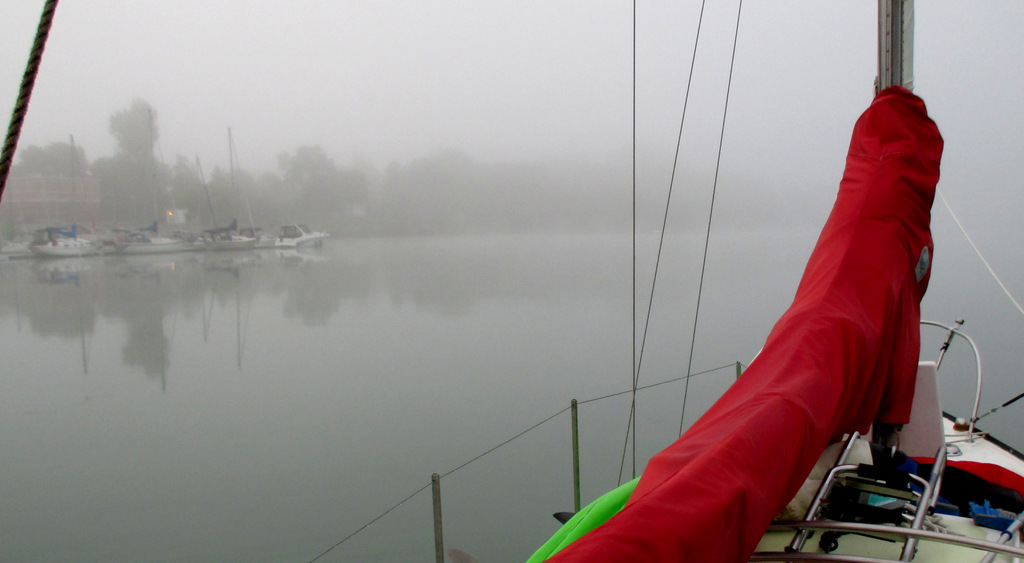 A beautiful foggy morning here in Contrecoeur, Quebec. The wind is expected from the South West later this morning, which is perfect to head downstream. Little Sark is almost packed away and we are looking forward to starting this trip in earnest.

I'm sure most of you are wondering what the heck is going on. I left Ottawa in August and now it's September 20th and I'm still in the Montreal area. I guess I never told people what my plans were after Montreal. I always was going to take time to finish the projects that needed finishing, but I never really knew when or where or for how long. Well, after nearly two months in the Montreal area, it's time to go.

My original timeline to leave Halifax by August is obviously not going to work. And that's okay. The only rush I've been in has been my own doing. Yes it is September, and yes it's getting colder, so there is a little haste to get South and warm up, but it is hurricane season on the East coast, which ends, theoretically at the end of November. The busy time for hurricanes is September and October and things slow down once you get into November. Nova Scotia is a little chilly in November, so I don't think it will take too much to get going once ready.

I have taken some pictures and will be sending them in soon. I am also going through all the gear that will allow me to bring this experience to you. It will take me a little time to get everything organised, as stuff is still everywhere. Trying to fit everything I'm going to need on a 30-foot boat is a fun challenge.

In fact that's exactly what I've been doing. There is a lot of gear to bring along, not just food and tv gear, so packing things away is a delicate task. Too much weight in the wrong place can severely affect the way the boat moved through the water. What I needed to do was to put all the really heavy stuff as low as I could. So I moved as many cans as I could and placed them in my old sanitary holding tank, which I don't need while in the middle of the ocean. Once the cans were in place, the boat a lot better. The boat leveled out better and takes the passing waves much better.

Before packing the forward cabin too tightly, I had to remove most of the gear to run the wiring for navigation lights. Yeah, I know, they should have been installed when no gear was aboard. But, sometimes you can't finish a job before you have to move onto something else.

And sometimes your body tells you it's time to rest. It is important to listen to what your body has to say, even if it's to ignore what it tells you. Sometimes, when running, your body starts to scream at you to stop this foolish activity. Then it makes something hurt, like a muscle, or a tendon. Sometimes you can power right through the pain because it is normal pain. Sometimes, however, the pain is a warning and you need to heed the warning. That's what was going on with my arm. I'm sure it was only tendinitis, but left untreated will cause more damage and more pain. So, I took a rest. It was about time too. I had been going straight for about a year or more, it was time for a little downtime.

And this is where I am at. Foggy morning, no wind until later. Time for a fresh coffee I think.

p.s. One of the great things about going on a trip like this, is that a lot of old friends come out of the shadows, and new friends are made. It really is a magical time. On the day that little sark was taken out of the water in Ottawa, an old shipmate came by and gave me a sweater. His name is Steve and I sailed with him on Black Jack down to New York City in 1986. Unfortunately I did not have the time to chat, what with the radio interviews, the TV interviews, etc... So a big thank you to Steve.

And to all the new people following along, I'm sure we will all be great friends very soon.

The sun is breaking through the clouds and the wind is rising. Will be time to go very soon. 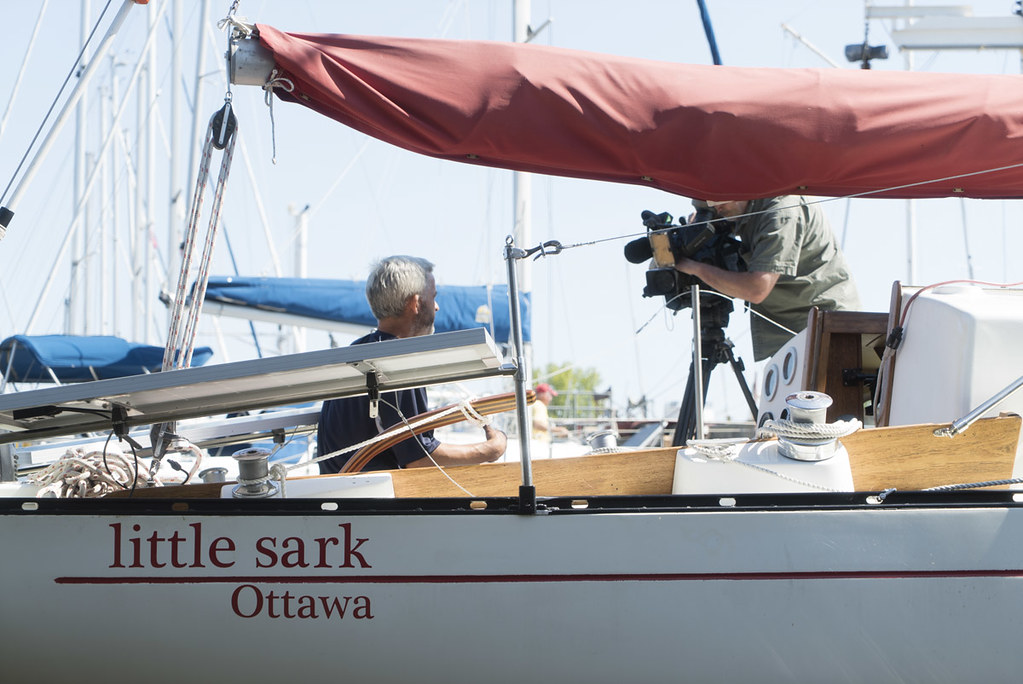